SESShield-3D is a software package dedicated to the analysis and design of shielding systems against lightning strikes in complex 3D environments.

SESShield-3D is a powerful software package for the analysis and design of lightning shielding protection systems in complex 3D environments, including substations, power plants, industrial plants and other such installations, accounting for the presence of power lines, equipment, and buildings. SESShield-3D allows arbitrary metallic structures to act as shielding systems, including not only shield wires and masts, but also other structures that attract lightning.

SESShield-3D offers a simple and intuitive graphical user interface that can be used to carry out a complete lightning shielding analysis for a system of freely positioned objects having various geometrical shapes, such as: catenaries, cylinders, cones, cubes and other prisms. Furthermore, calculations are extremely rapid and provide clear, interactive, 3D graphical feedback, so that a shielding system can be designed very quickly and efficiently. 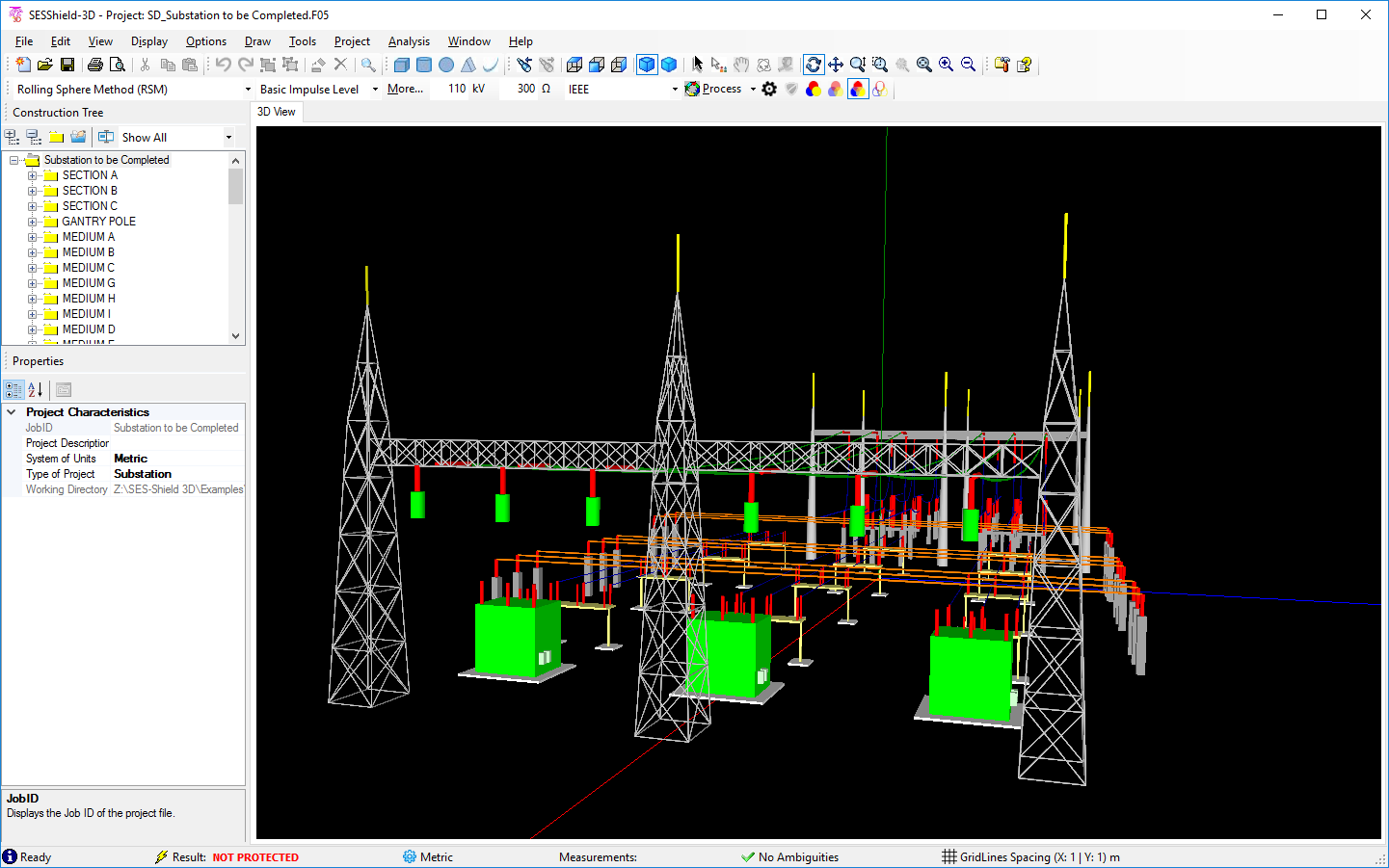 Rendering of an Electric Substation

Five Shielding System Positioning Methods (SSPM) are presently supported by the program. These methods are described in the pertinent IEEE[1] and IEC[2] standards and include:

The program uses an object-oriented approach to describe the geometry that allows you to select, copy, paste and delete the objects.

The following figures illustrates four shielding methods that can be used in SESShield-3D: 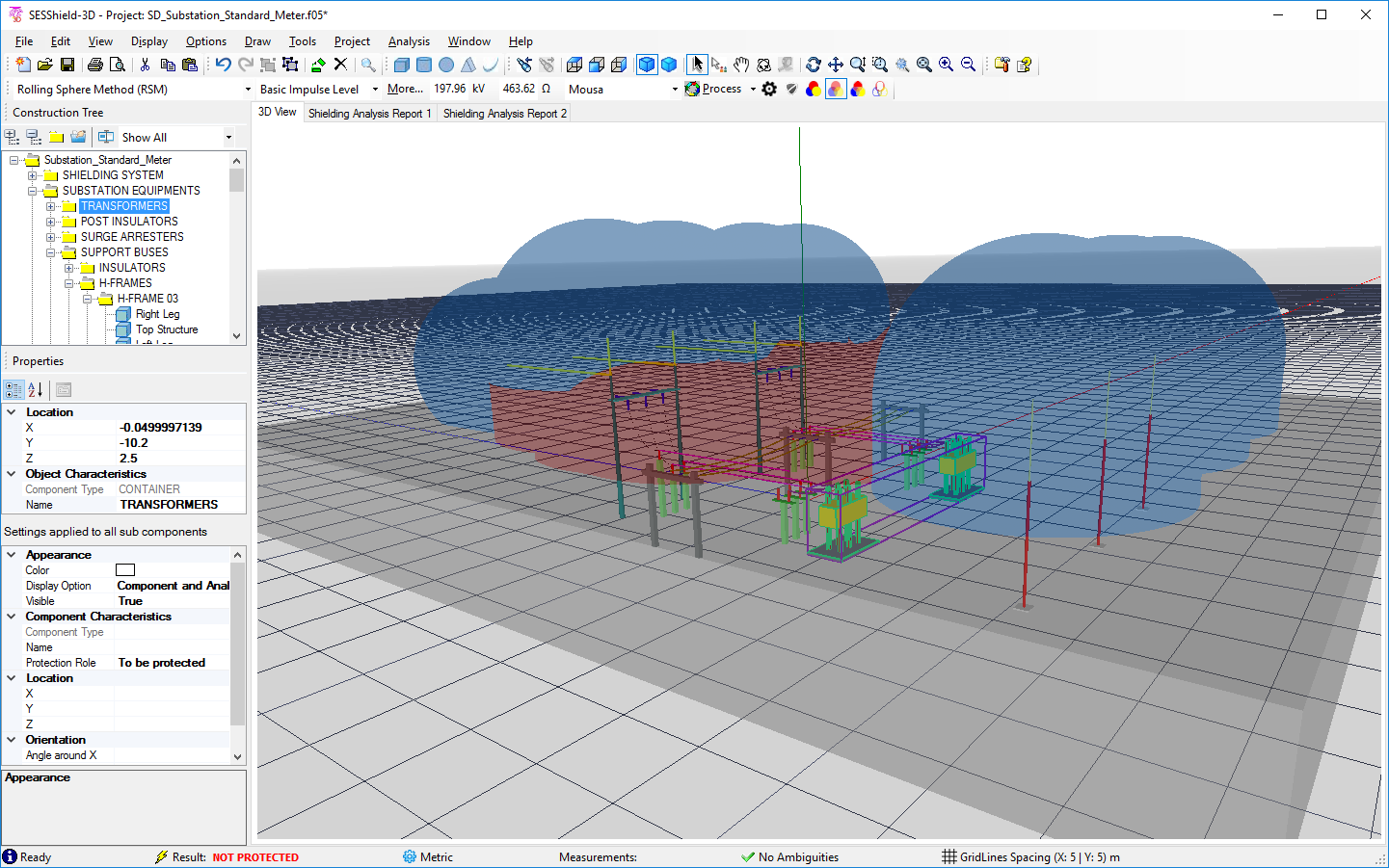 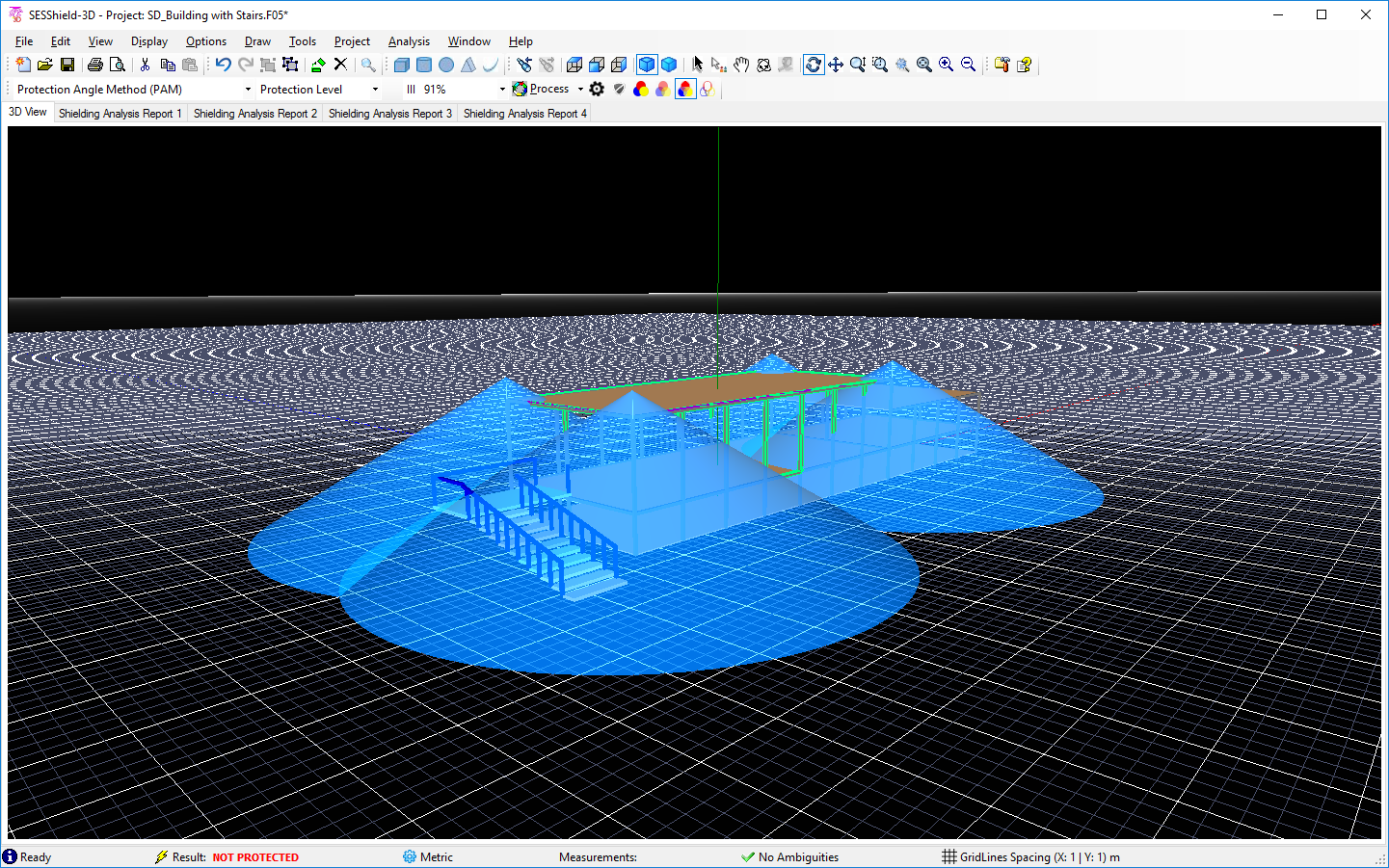 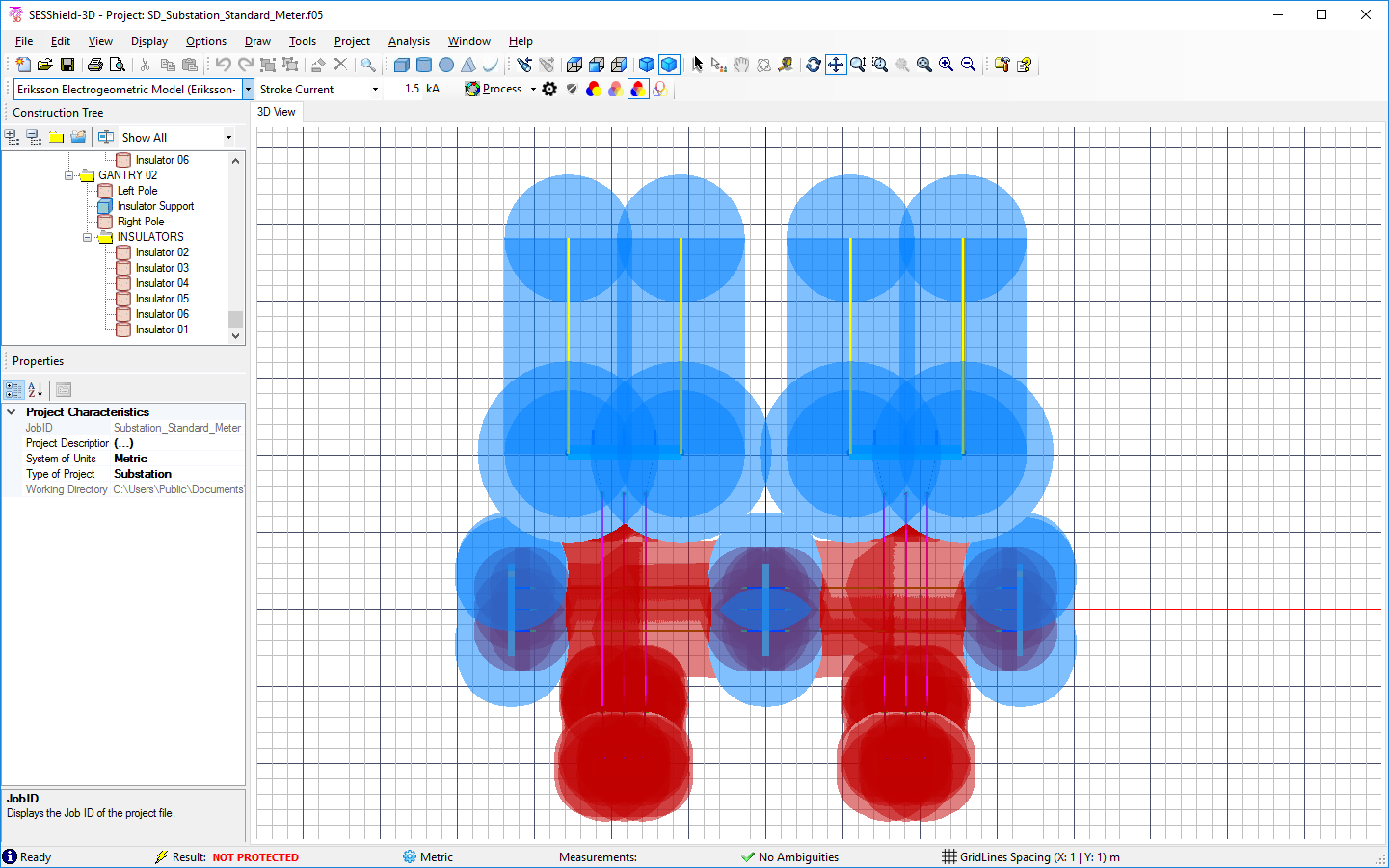 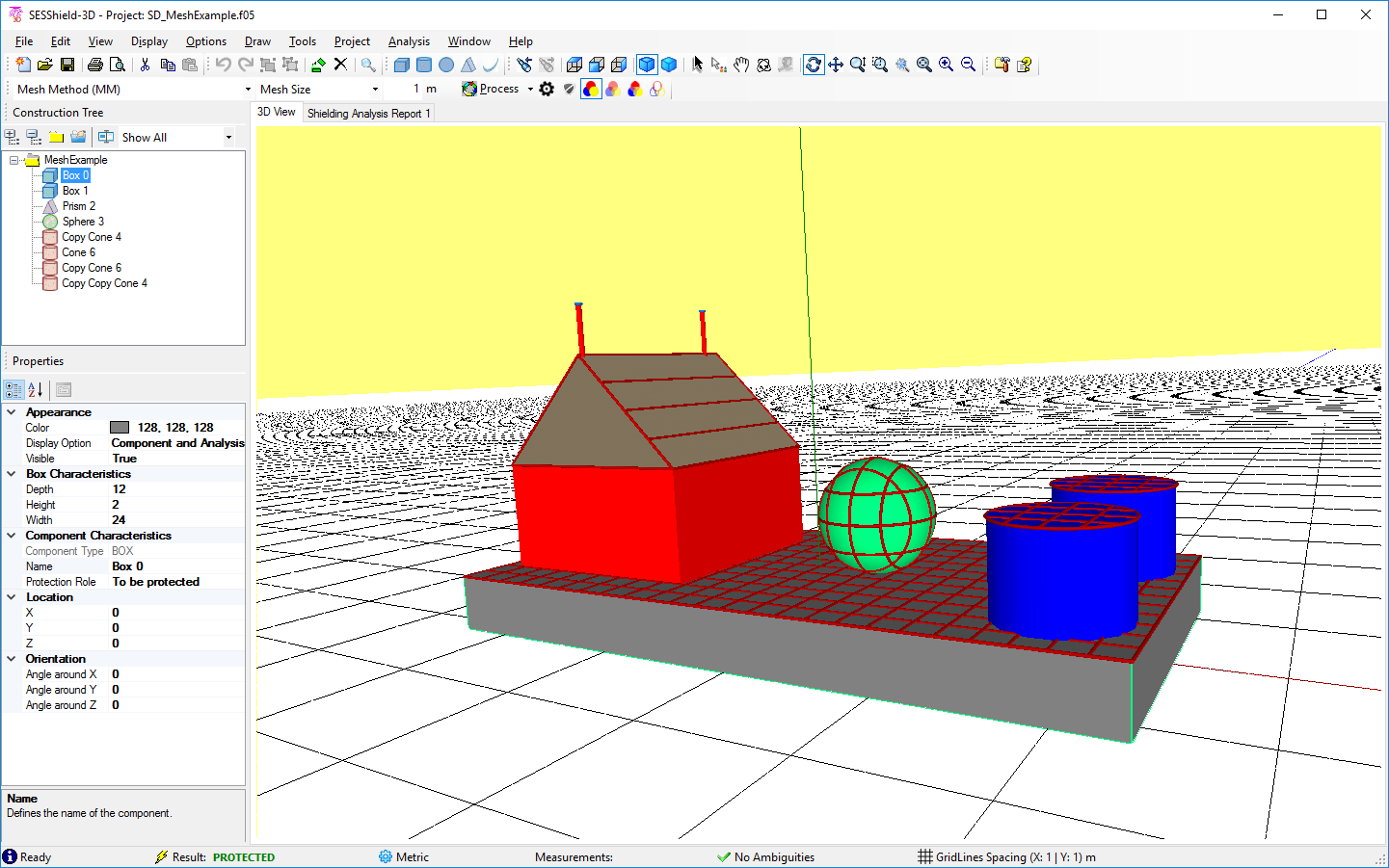