The FCDIST module provides the user with an accurate estimate of the fault current distribution, and hence of the actual fraction of fault current that flows into a grounding system. This can prevent system overdesign and undue expenses, all while maintaining compliance with safety requirements and avoiding unnecessary conservative assumptions regarding the portion of total fault current entering the earth.

Fault and unbalanced current distributions are determined by the grounding of the various sections of the transmission and distribution lines and associated substations while accounting for the inductive coupling between the phase wires and any sky, shield or neutral wires. The model created by FCDIST accounts for the following elements:

There is no limit to the number of neutral, sky and shield wires for a given line, so modeling transmission lines equipped with two shield wires or more is an easy task.

The necessary input data is minimal and kept at an easily manageable level by using an equivalent single phase conductor to carry the total unbalance from all three phases (vector sum of all phase currents), and by assuming a uniform line configuration for each block of a given terminal. Computation results are obtained quickly and easily, since the program runs almost instantaneously.

It is relatively straightforward to repeat the computations for each faulted phase conductor (based on the superposition principle) when an equivalent conductor approach is not appropriate. 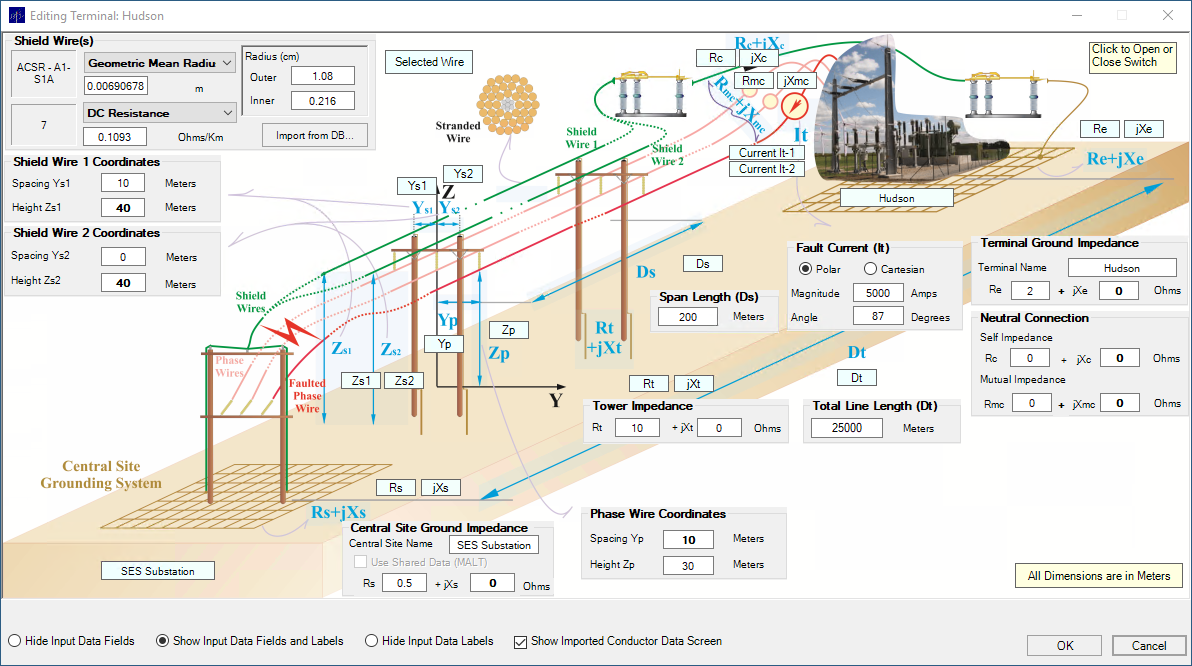 Terminal specification for a transmission line with two shield wires. The shield wires can be dissimilar.


FCDIST supports arbitrary and complex bundles of neutral, sky and shield wires, which leads to accurate evaluations of various parameters, including sheath and armor of cables. 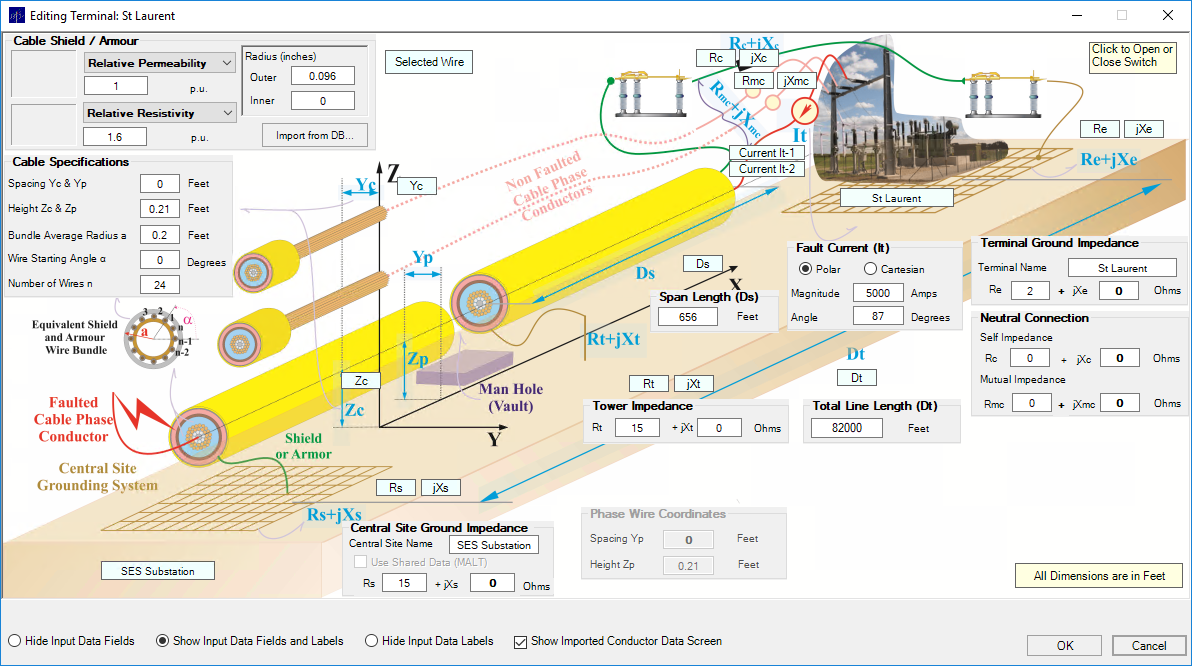 Terminal specification for a power cable. 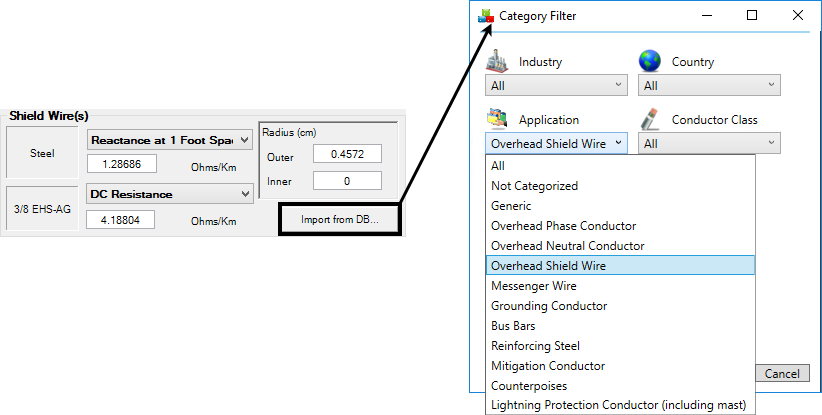