A powerful and accurate software package for the analysis of complex electromagnetic problems involving electric networks.

Several other software packages are included with MultiFields depending on the selected configuration (see below).

MultiFields is a unique software package that can solve any electromagnetic problem involving a network of arbitrarily oriented aboveground and buried conductors, concentric cables, pipe-type cables, gas insulated substations or lines (GIS, GIL) and metallic plates. Any number of current, potential and voltage sources, or even an external plane-wave, can energize the network. The network can include an arbitrary number of transformers and other lumped devices such as resistors, inductors and capacitors. It is the comprehensive solution for Grounding, EMI and Transient studies. 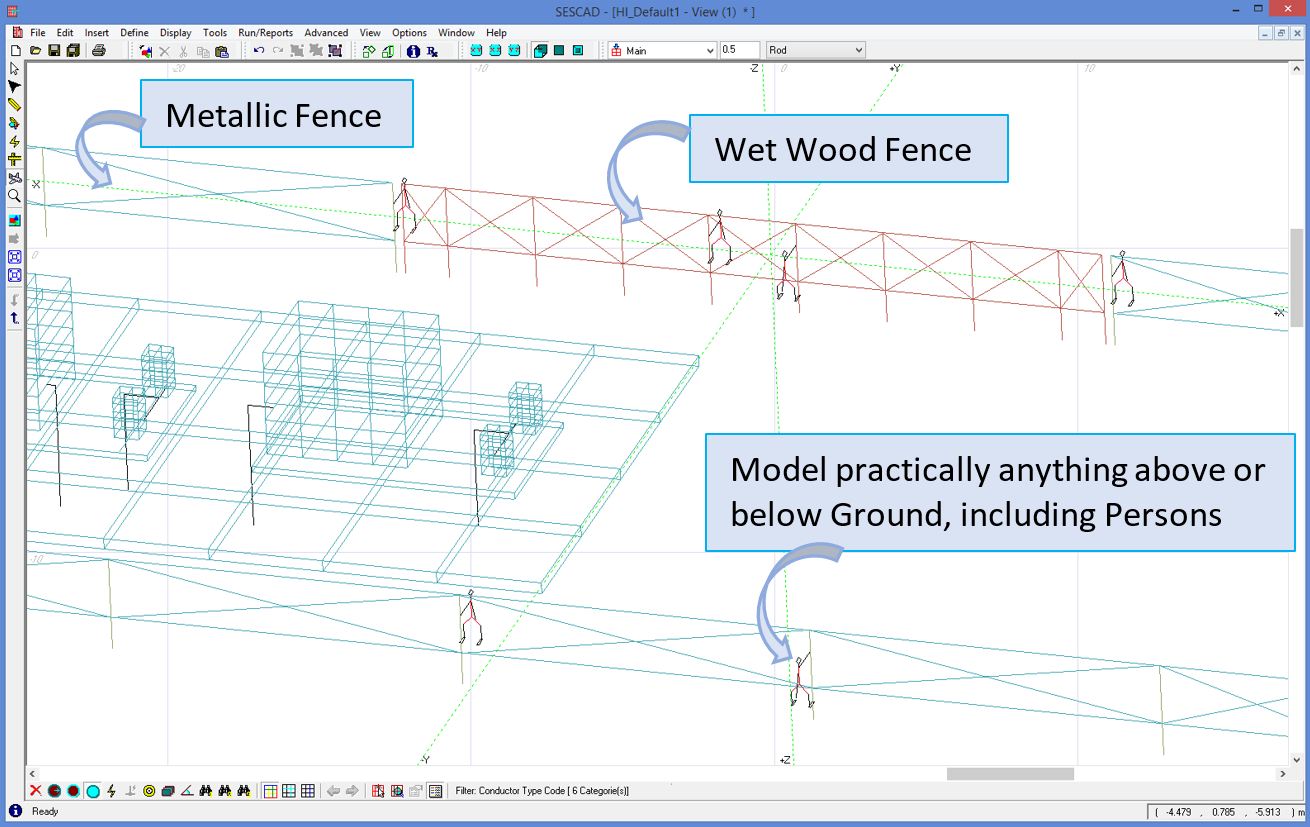 MultiFields is the optimal tool for those who have to tackle complex electromagnetic problems involving conductor networks. MultiFields is probably the only EMF software that can provide accurate solutions to transient and steady state problems in the frequency range of zero to thousands of megahertz. The central components of MultiFields are the RESAP, HIFREQ, MALZ, FCDIST and FFTSES computation modules.

MultiFields calculates the scalar potential, and the electric and magnetic fields due to an energized conductor network, as well as the current distribution in the conductors. MultiFields was designed to solve problems accurately, accounting for multi-region, horizontally layered soil with an arbitrary number of layers and resistivities, conductors in the soil, or non-energized metallic structures in air or soil.

MultiFields+ expands on the MultiFields package to include the circuit-based MultiLines package, thereby adding the TRALIN and SPLITS computation modules that provide the following alternative circuit-based computation capabilities used by the Right-of-Way Pro software package:

Everything indicated in the above list can also be computed using electromagnetic-based models with HIFREQ (which is included with both MultiFields and MultiFields+) and indeed any scenario that can be modeled and computed using circuit-based computations with Right-of-Way Pro can also be modeled and computed using electromagnetic-fields based calculations using HIFREQ (and therefore MultiFields). However, significant efficiencies that can be realized with Right-of-Way Pro, particularly for studies involving long joint-use corridors, make MultiFields+ an attractive option for many.

MultiFields Lite is a reduced cost version of the more complete MultiFields package, for users who focus on networks consisting of non-concentric cylindrical conductors, in horizontal multi-layered soils and do not have an immediate need for advanced features such as transformers, cables, GIS and plates.